Home
About Us
Our History

A heart for missions led James Richard Denham and his wife Aletha to spend a year in China following the end of WWII. When China closed its doors to foreigners, they studied missions in Argentina for a year. They took an inland route back to the States which included 600 miles up the Madeira River by boat, followed by some 900 miles down the Amazon. At every port along the way, they inquired about Christians, but heard of none, and a passion for the vast, spiritually barren field of Amazonia was born in their hearts. 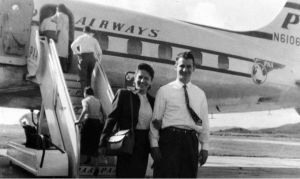 Around the same time, God laid the same mission on the hearts of their son, James Richard Denham II and his wife, Pearl. In 1952, they sold their few possessions, left a pastorate in Oregon, and all four purchased air passage to Brazil.

They spent their first few years in Brazil evangelizing and planting churches along the banks of the Solimões and Madeira rivers in the Amazon basin, and the church born during that time still stands as a monument to God’s faithfulness in those trying years. After they embraced the doctrines of grace after reading publications from Banner of Truth Trust, and Rich was struck with the need to provide sound biblical truth to the Portuguese-speaking world. Eventually they moved to Manaus, where they opened the first Christian bookstore in the area: Leitor Cristão.

A few years later, they relocated to São Paulo (the industrial hub of Brazil’s growing economy) to meet the need for more editorial resources and to improve Pearl’s challenged health. Editora Fiel was founded with the goal of using literature to provide a biblical foundation to Brazilian leaders and pastors in Portuguese-speaking communities around the world. A gift from Banner of Truth Trust made possible the first publication of what has now reached to more than four hundred. This publishing house is now a part of Fiel Ministries, which has grown to encompass other ministry branches such as our annual conferences for pastors, women, and youth, our blog and web presence, and our Adopt a Pastor ministry. 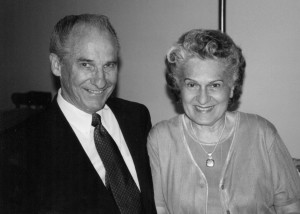 The Denhams moved to the city of São José dos Campos in the 1980’s, where they founded Grace Baptist Church alongside two other families. Seeing the need for well-trained church leadership, Rich started the annual Fiel Conference for pastors and leaders which today attracts over 2,000 people each year. In (?) the youth conferences began, and the first women’s conference was held in the fall of 2016. Fiel conferences are also held in Portugal, Mozambique, and Angola. The Adopt a Pastor Project and “Faith for Today” magazine grew out of Rich’s increasing burden to spread the doctrines of grace and to enable the training of pastors and church leaders that even more people might be reached with the truths of the gospel. 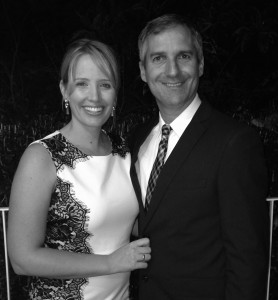 In 2004, Richard James Denham III (Rick) and his wife, Kimberlie, responded to the Lord’s call and joined his parents in Brazil. They took up the burden of seeing Fiel transition from a missionary work to an organization run and directed by nationals. The years since then have seen great development and expansion, particularly in the area of social media, and today the work continues healthy and strong. Continually, we seek to meet the changing needs of this country and to encourage ministries in other countries by the things we have seen and learned here over the past sixty years.

Always, God grants fruit, and to the Giver be the glory!